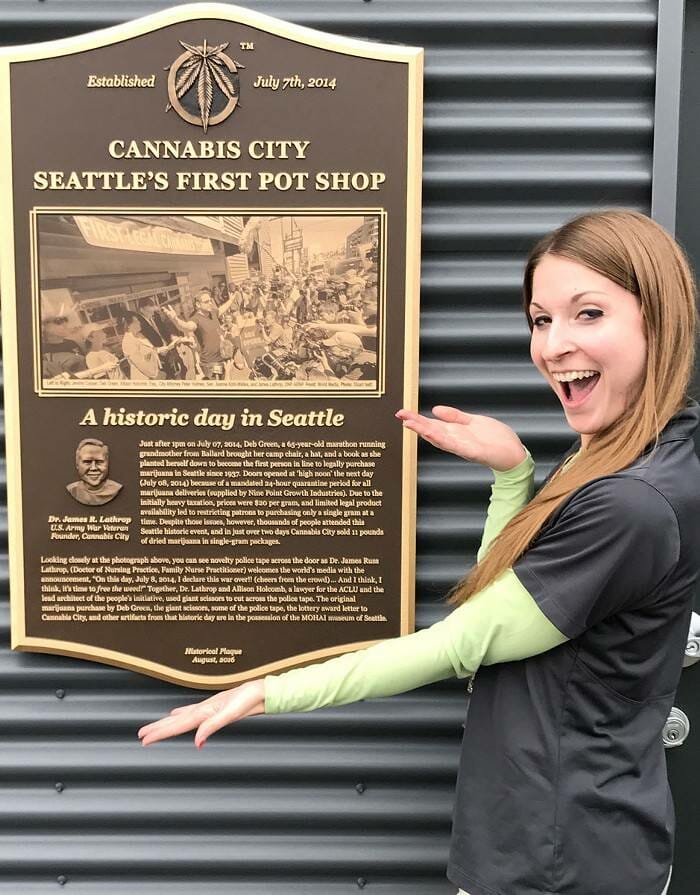 We asked James Lathrop, founder and owner of Cannabis City, Seattle’s first pot shop, about his business. Here is what he had to say:

Q: When did you open your retail store?

A: I founded Cannabis City in November 2014 and put in an application for a Seattle License (which was awarded by lottery). The interesting thing is, that back then, the LCB required you to already have a location before putting in an application, and there was certainly no guarantee that a license would be awarded.

After the lottery, I was able to calculate the odds of winning. There were 440 applications for the initially 21 Seattle positions; giving a Seattle Lottery winner about 5 percent chance of winning. As soon as I received notice in May 2015 that I was awarded a Seattle license I tore into my buildout spending every day, 12 hours or more, in build out and re-model with the intention to be the first store opening in the city, or even in the state.