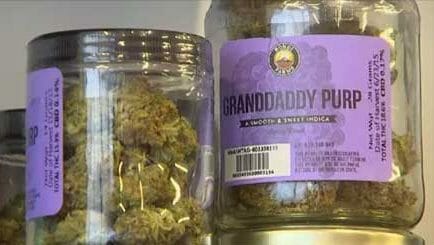 SEATTLE — Legal marijuana delivery could be coming to Seattle.

Mayor Ed Murray has asked the state Legislature to make delivery a reality in hopes of eliminating companies operating illegally.

Marijuana is now legal in Washington for anyone over 21 years old, but delivering pot to customers is still against the law. Despite that, there’s a thriving black market of delivery services in the area.

“A consumer is not going to know the difference around a legal recreational cannabis shop and an illegal recreational delivery service, so I think there is a lot of customer confusion,” said Logan Bowers, the owner of Hashtag, a recreational marijuana business in Seattle.

The City of Seattle wants to eliminate illegal marijuana delivery services and has backed a bill that just passed an important House committee. The bill would legalize pot delivery, but only for two years and only in Seattle. The bill also says only five of the city’s 18 legal pot shops would be able to deliver.

Amber McGowan, the general manager at Cannabis City, wonders how the five shops will be selected.

“Cannabis City would like to participate,” McGowan said. “To be fair, across the board it would be nice if it were open to everyone.”

Only employees would be able to make deliveries, everything would be documented, and the deliveries would only be available within city limits.

But not everyone in the marijuana business is excited about the idea. Bowers, for instance, worries about delivery workers driving around with marijuana and cash.

“We’ve seen the illegal delivery market has lead to violence, has led to crime, and we won’t want to risk our employees in that environment,” he said.

Murray and some state lawmakers believe legal weed delivery would make it easier to do away with the black market delivery companies.

“With the current black market, that’s the one upper hand they have, they can come directly to your house,” McGowen said.