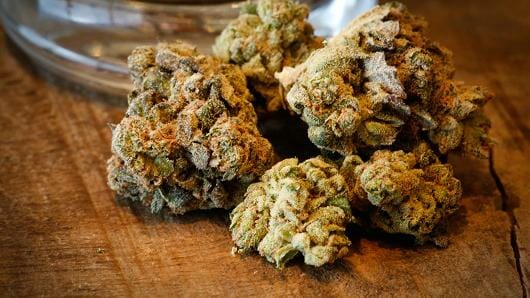 The figures include medical and adult consumer sales. However, the annual gain was largely fueled by the explosive growth in consumer sales, as some states have approved adult recreational marijuana use. Adult use sales grew to $998 million from $351 million in 2014, according to the research. And voters in more states, including California, are likely to take up the issue in 2016.

By many measures, 2015 was a bellwether year for marijuana, as states like Colorado and Washington paved the way for new business models and growth. Entrepreneurs have opened spa-like retail shops for adult users and medical cannabis sales. The social experiment to abolish cannabis prohibition in some instances is melding with a for-profit corporate culture.

The growing cannabis market features a variety of innovative consumer-facing products such as vaporizers, edibles and capsules. As an example, Colorado adult use sales surpassed $100 million last year for the first time.

Washington state also saw strong monthly sales gains in 2015 — growing some three fold — with $75.3 million in sales for December from $18.8 million in January 2015. Sales of edibles and extracts in Washington already number in the hundreds of thousands of units in a single month.